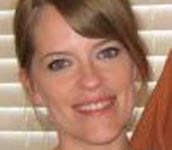 As the mother of a vaccine-injured pre-schooler, Michelle has spent much of the last two and a half years advocating for special needs children as well as vaccine choice rights. Through her work with TEAM TMR, The Thinking Moms’ Revolution, Autism Media Channel and TACA, she has had the chance to reach parents across the nation and learn from experienced activists.

In early 2015, the opportunity arose to co-found Texans for Vaccine Choice in order to give people in her state the chance to be heard and actively oppose proposed legislation which would have eliminated philosophical exemptions to school-required vaccines, further intruded on the private health information of public school students, added new vaccines to the schedule, and mandated vaccines for public school employees. Out of an astounding seventeen bills filed in the 114th Legislature, Texans for Vaccine Choice, with the help of other advocacy groups, successfully killed sixteen.

Texans for Vaccine Choice now has a state Political Action Committee, as well as a non-profit advocacy and education group. She’s excited for the future, as she believes that TFVC is poised to grow and become more influential in state politics. Michelle is also happy to be involved in effecting change at the federal level and assisting activists in other states.