Professor Mary Holland’s letter to Dr. Peter Hotez on his Remarks at Duke University that We Hate Our Children 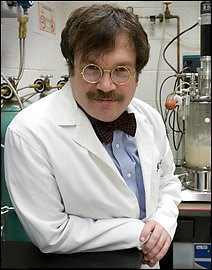 Hotez reported remarks include the claim that, there is no link between autism and vaccines, and that vaccine safety and choice advocacy groups, including Texans for Vaccine Choice and NVIC, are “[Anti-vaccine organizations] camouflage themselves as a political group, but I call them for what they really are: a hate group,” Hotez said. “They are a hate group that hates their family and hates their children.”

Professor Mary Holland of NYU Law School has penned a letter to Dr. Hotez.  We join her in sentiments and demand an apology from Dr. Hotez for his smear of vaccine injury families and the organizations who represent them in their fight for full informed consent in vaccination.

Dear Dr. Hotez:
It is with sadness and distress that I read of your inaugural Victor J. Dzau Global Health Lecture Series at Duke University. Based on reporting in the February 20, 2018 Duke Chronicle, I understand that you accused those whom you brand “anti-vaccine” as “a hate group that hates their family and hates their children.” Let me explain why I find your remarks both offensive and off-the-mark.

Like you, I am the parent of a young adult with autism. Unlike you, I believe that vaccine injury is by far the most plausible explanation for my son’s onset of autism in his second year of life. Through extensive education and work with groups that you dub “anti-vaccine,” I came to understand that vaccine-induced encephalopathy, which can manifest with “features of autism,” is a well-known phenomenon. Indeed, colleagues and I revealed that the federal Vaccine Injury Compensation Program has been compensating such cases of brain injury, with concomitant autism, since the program’s inception in 1988.

My mother, the late Dr. Jimmie C. Holland, a psychiatrist, was an early female graduate of Baylor College of Medicine in 1952; she was one of three women in her class. In 1992, the College honored her with its Distinguished Alumni Award. I regret that she died at the end of 2017, but until that time, she loved her grandson with autism with all her heart. She actively supported my advocacy to look more deeply into questions of vaccine-induced autism, making invaluable contributions to the Elizabeth Birt Center for Autism Law and Advocacy, the Autism Action Network, the Center for Personal Rights, and Health Choice, all organizations focused on the links between the autism epidemic and the sharp rise in infant vaccines since the late 1980’s. Was my mother, a distinguished alumna of Baylor College of Medicine an “anti-vaxxer who hated her family”? Really?

The powerful #MeToo movement has made the country understand that for too long, girls’ and womens’ assertions of sexual violence and abuse have been marginalized, disparaged and rejected. Doctors, like Dr. Larry Nasser, and prestigious universities, like Michigan State University, have played shameful roles in these crimes against children and women. The parallel to the female-dominated vaccine choice and vaccine safety movement is all too obvious. Ad hominem (or more accurately ad hominae) arguments, like labeling those who disagree with you as “hate groups,” does your viewpoint no favors.

The appropriate role for vaccines in national public health deserves serious discussion among all stakeholders, including those who advocate for vaccines, those who oppose them, and every stripe in between. This is a serious, contentious debate, implicating fundamental questions of prior, free and informed consent; the medical principle of ‘first do no harm;’ public health; science; and even the role of government itself. Academic institutions and leaders should be embracing this conversation, not seeking to squelch it.

I believe we would make far more progress in this thorny area by openly discussing the issues together than by making inflammatory, hurtful and simply false attributions to those with whom we disagree.