Why Vaccines Should Not Be Mandatory

Personal Finance site WalletHub has posted a discussion on whether or not vaccines should be mandatory. They put out a call to “experts” to weigh in. They got five yes responses, including Walter Orenstein, and 12 no responses, including Mark F. Blaxill and Mary Holland.

Each was invited to offer 500 words, and the result is a strong tool for helping friends understand the true issues on mandatory vaccination.  We encourage you to share widely.

Excerpts from our experts: 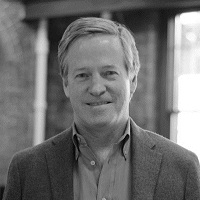 “Thirty years later, we are living an Orwellian nightmare. The recommended vaccine schedule has exploded, with the recommended injection count in the first year of life going from 5 to a possible 25. Vaccine adverse events have skyrocketed to over 30,000 reports a year, including 200 deaths, and these reports are estimated at only 1-10% of the true injury toll. The vaccine industry has been transformed from a fragmented, invisible utility to a pharmaceutical profit juggernaut with over $25 billion in revenues, most of which accrue to a handful of global giants like Merck, Pfizer, GlaxoSmithKline and Sanofi-Aventis. Crony capitalism rules the game, as top government officials like Julie Gerberding and Elias Zerhouni leave their top jobs (at CDC and NIH, respectively) and take the reins as President of Merck’s Vaccine Division and President of Global R&D at Sanofi-Aventis. And the corporate media, with most of its advertising coming from the pharmaceutical industry, routinely suppresses concerns over adverse events while stirring up fears (and ratings) over the latest infectious disease crisis: H1N1! Ebola! Measles! Zika!!!

Americans have lost sight of just how extreme and how bad our situation is. We have the most aggressive vaccine mandates in the world; no other country comes close. We have among the worst infant mortality rates in the developed world, worse than Cuba, Estonia and Slovakia. We have whistleblowers from the CDC (on tape) and Merck (in a lawsuit) confessing to widespread scientific fraud. Yet the propaganda campaign continues unchallenged: “vaccines are safe and effective” and “antivaxxers are anti-science.” 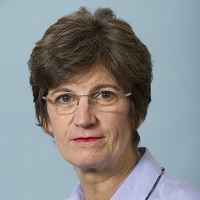 “The U.N. Universal Declaration on Bioethics and Human Rights, adopted by 193 countries, including the United States, states the following:

“any preventive…medical intervention is only to be carried out with the prior, free and informed consent of the person concerned, based on adequate information.”

The “sole interest of science or society” does not prevail.

The Declaration is an extension of the medical oath, attributed to Hippocrates 2500 years ago, that doctors must work for the good of their patients and never do harm. Abbreviated as the “first do no harm” principle, this credo embodies the precautionary principle in medicine, clearly placing the interests of individual patients above the interests of the collective or the “herd.”